Are You Working Hard? Or Working Cruel?

Hard work can be awesome. I love pushing myself beyond my perceived limits and achieving more than I thought possible – whether in a business or physical pursuit.

And the notion of pulling yourself up by your bootstraps is inspiring. But somehow, our achievement-oriented culture has skewed the definition of work. Collectively, we’ve taken a healthy, enlivening part of life and squished it into a masochistic form of imprisonment. 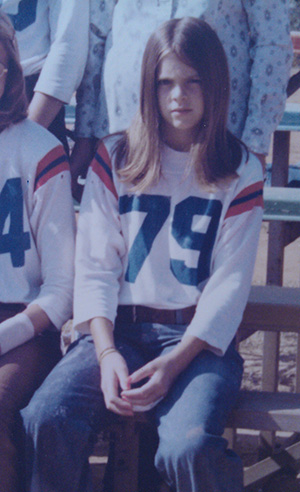 For too many business owners, working to a breaking point has become the norm. Somehow, you’re expected to wear your work-weary exhaustion as a badge of honor. To play injured. To work your fingers to the bone. To put your nose to the grindstone. Ouch.

Remember that Loverboy song from the ‘80s? Everybody’s Working for the Weekend reflects the long-held notion that work is something you survive so that you can have two days of your very own.

No wonder people regard work as a “four-letter word.”

How About a New Definition of Work?

Actually, the real definition, if you check your dictionary, is:

Notice it says nothing about hurting yourself, neglecting your health, missing family events, becoming sick with stress or berating yourself for being “lazy.” WE made that part up ourselves!

Granted, there are some jobs that are physically demanding. And there are locales and industries where competition for jobs is high and people are willing to work to a breaking point just to survive. I would love to see our economy flourish again, so that more people can have better options in the job market.

Have You Become the Cruelest Boss You Ever Had?

The day you claimed the title of “Business Owner,” you created the choice to design the way you want to work. To your exact specifications.

Approaching work this way takes a great deal of self awareness. You’ve got to be closely in touch with your true purpose, your body’s wisdom and your heart’s desires to know when to slow down and nurture yourself or when to rev things up and push really hard to get something done. When the revving becomes everyday life, your engine can break down. I have always liked to push – and have been well rewarded for going above and beyond – but I have learned to self-regulate and discern when I’m only pushing to look good to others, or to cover up for some internal shameful inadequacy that has crept in. Now when I push, it’s mostly clean. (Mostly!)

When I was 12, I cut my finger very badly, resulting in a late-night trip to the emergency room. The next day, my flag football team was scheduled to play a game. To me, at 12, this was monumentally important. I was NOT going to miss that game for anything in the world. I had earned my ranking as a good player and, by golly, was not going to let a throbbing finger stop me! I knew my coach would sideline me if she knew I was injured. So I hid my injury! Yes, I managed to keep my big white-bandaged, splinted finger hidden. I had played about half the game when the coach discovered my secret… and yanked me from the game immediately, much to my dismay. But I was fine! I was so happy playing! The finger didn’t bother me at all, I argued. I knew my stupid finger wasn’t a life or death problem. I wanted to play so badly, even with a little nuisance pain. I was so mad at my coach for taking that decision away from me.

Of course, in hindsight, I know my coach was perhaps smarter and more responsible than the 12-year-old me. She knew that I was risking further injury, and that my mother would be very displeased with the league if this adult supervisor had failed to protect me. I get it now.

But I also get that, as a fully conscious, self-aware adult, I get to make those decisions now – and there are absolutely times to push hard and times to slow down and protect yourself from harm. The deal is – as an adult, only YOU know. Your pain tolerance is your very own, no one else can prescribe the “correct” level of hard work for you, in your specific situation. (And now I get to be the coach, the business coach, who shines the light on your circumstance, your internal drivers, so that you can make the right decision for yourself.)

Only you know the degree of importance your particular decisions hold. That’s the difference between working hard and working cruel – when you are highly aware of what your body, soul and spirit require to thrive, you will always make the right decision to either get in the game or rest on the bench for a bit. Once you start nurturing instead of judging yourself (and others, by the way), your decision will be clear.

Don’t Be Cruel. It’s not Just an Elvis Song.

And, on the other side of the scale, think about where you push too hard too often and can feel yourself breaking down physically, mentally and spiritually – yet you keep slogging on. What is causing you to ignore your inner wisdom and prod yourself to the breaking point? And, most importantly, how long can you possibly keep that level of strain going?

Working hard is soul-filling, when it is led by your heart, your passion, your values. Working cruel may sometimes get the job done, but will ultimately lead to breakdown. Make a pact with yourself right now to pay attention to the cues that you’ve been ignoring. Work hard? Or work cruel? You decide.

Click here to cancel reply.
« What is an Entrepreneur?
How to Clean Up Your Idea Clutter »
...